Thank you to everyone who filled out the ‘Grand Vintage Inquisition’, which was in all honesty more of a friendly nose around.  Just fewer than 150 people did and replies came from a variety of nations plus a good number of male respondents (thanks chaps!). This was a sample good enough to provide an overview of how people feel about vintage.
Why did I do it? Well there seems to be a lot of media confusion about ‘vintage’ aficionados, and a lot of events organised seem to get it ‘wrong’. It is easy to criticise and it appeared from comments on blogs that as an audience this group of people is very tricky to pin down. Probably a good thing, who wants to be pinned down? Actually on second thoughts that question should be re-phrased! The survey did provide an interesting snapshot, nothing more was possible with free online survey software. 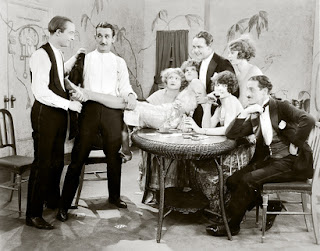 I started off by asking which period most influenced people; the 1940’s was, perhaps predictably the most popular single period. However it by no means dominated, some preferred the Edwardian period and the 1920’s, with Downton Abbey and Boardwalk Empire on the go this might increase. The largest number of people declared that they like a mixture of periods which seems to imply that the so called ‘vintage scene’ is not as influenced by re-enactors or historical groups as it might have once been nor is it particularly homogenous.
Someone also asked why I didn’t include the 1960’s as an option? Personally I regard it as ‘retro’ rather than vintage strictly speaking, although applying the 50 year rule 1960 may now count as vintage. Perhaps there are just too many of us who remember the sixties so it doesn’t have the distance of previous decades.  However if you are younger this might be a moot point. The views of any 60’s aficionados were just as relevant in terms of this questionnaire and their responses welcome. It is probably a good subject for a blog post though: are the 1960’s ‘vintage’?

The second set of questions asked why people were drawn to the vintage scene?   I was interested in this. From my own circle I noticed that people seem to have filtered in from other ‘alternative’ elements, ie Goth, punk, skater etc.  The sample in the survey, although revealed a spread of major influences. Interest in a particular period inspired most, but the ‘emotional response’ and ‘it’s a mystery’ results were high. It indicates the pull is not so much a trend thing for most. This explains the longevity of people’s interest in vintage, it’s genuine. 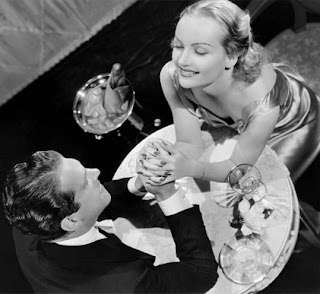 Next time I’ll reveal the popular inspirations for respondents, some of the answers were very interesting and there were some clear favourites. As ever comments are welcome!
Pip! Pip!
What is your major influence ? 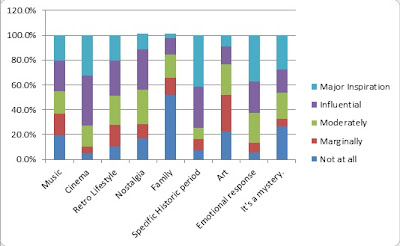 Pinning down? You offering? *wink*

Top work on the survey :)

Verrry interesting. I must admit I am a huge fan of the 60s and even *gasp* the 70s, which is why I fell at the first hurdle. The period of time used to define vintage seems to be flexible; I use more of a 20-30 year rule myself. Especially considering girls wearing 50s frocks in the 80s would have considered that as vintage. x