It is interesting to hear that the controversial Vintage at Goodwood is relocating to London’s South Bank this year (see: http://www.vintagebyhemingway.co.uk/). This move has not gone down well with many posting on social media. There has been a lot of bleating about losing the ‘festival vibe’, beautiful fields, the camping experience or even in a couple of cases the sitting around and singing to guitars (blleuuugh!).  Some have declared it non-festival like and that they won’t be going.  Huzzah!! 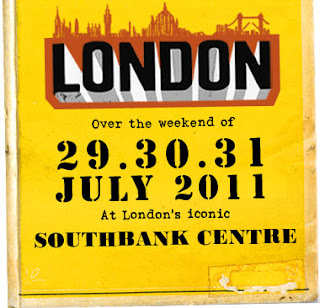 This naturally fills me with a modicum of hope.  I personally am put off by the entitled, middle class immature hordes that turn up for these corporate commercial wank fests. I am generalizing I know. I am aware that some festivals are jolly and some festival goers lovely. A lot however are people I would cross continents to avoid (and they’d probably prefer to avoid me). So naturally I avoid festivals.
The wellied string haired wannabe decadents that flood to summer festivals and  the idea of a vintage inspired  fun fest do not compute, you need not to be ‘up yourself’, be friendly and have decent manners, not something you get a lot of in a lot of modern festivals.  This made me philosophical about missing the inaugural Vintage at Goodwood thing.  As I was not there I have no criticisms to make.  Some of the things I heard from people I respect gave me the willies. Big brand corporate presence, disrespectful treatment of property, not looking after or rewarding volunteers and the presence of lots of arses taking the piss in stupid costumes being examples.
On the other hand I liked the idea of hearing some of the bands playing, I know some good retro types who had a lot of  fun and personally always enjoy the chance to chap around. For every photo I saw of someone behaving twattishly I saw photos of people having a good time. I also think it has to be remembered that it was the first outing and was always going to have teething problems and that the festival was actually held and put on. Not just talked about.  A lot of us have to be wary of getting our backs up or being a bit possessive about our scenes or interests. Yes it is annoying when some young pr or organizer obviously knows bugger all about the forties or fifties but you don’t sulk, you help out, of course with the codicil that organizers are prepared to be helped. There was a lot of unnecessary griping and sniping from both sides. Some people were always going to whinge, some were unfairly criticised for fair comment but also I think the organisers got a lot of grief for things they may not have anticipated. 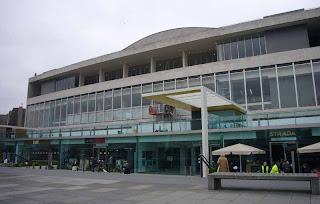 The South Bank is actually a really good idea with it’s skylon/festival of Britain associations.  Although many will whinge about Londoncentricism this is going to be easier for many to attend than a festival in the Home Counties or some smaller city with worse transport.  There is lots of accommodation (including camp sites if you really have to), the best transport links and lots of other things to do including all the great museums and galleries. Think of the beautiful river views from the South Bank too. 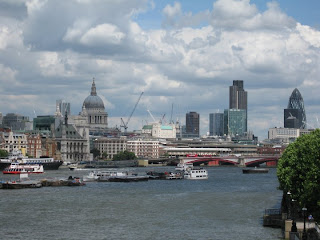 Also present in the metropolis is a diverse, established and active vintage community.  If the organizers tap into this and produce a festival which is not just about making money it could be fun.  The organizers will probably have registered what worked, what didn’t and how to deal with things after reviewing last year.  I would presume an enthusiasm for retro things is what motivates at least some of them, rather than the idea of a themed idea of retro to sell to the Topshop demographic and make cash ethos.  Obviously it should make some cash though, you can’t expect something for nothing, a happy medium is a tricky thing. I'm sure that now they have an idea of how to harness vintage help (really a case of mutual back scratching in the service of promoting enthusiasms on the one side and commercial/critical success on the other).
It is all to easy to anticipate the problems, how will they close the area off? handle queues? keep the hard core and the newbies happy? Personally I think they need a magic ray machine gun type thing to delete hipsters, gormless rahs and nylon fancy-dress outfits (I can hear arsey people yelling ‘snob’!) as I write that.  But that isn’t me. I think that  Goodwood as a venue was ageist, classist and elitist. Only a certain kind of person can and wants to camp, otherwise you had to be rich or local to make it. A London based festival would attract a wider demographic and less of the aforementioned rahs, hipsters and monied teenagers.  More  fanatics and more of the genuinely interested up for a laugh type of punter may turn up. And going back to the crap fancy dress, I’d rather see people in their preferred natural clothes rather than taking the piss.
I wish the organizers well, I hope they realize that there are a huge number of fanatics and enthusiasts in a very well established vintage community across the decades who are not cliquey or snobby and want to help and share their enthusiasm with people.  But they do not want to see the things they love demeaned and crassly commercialized by people who know and love their enthusiasms less.  This could be a really fun weekend, or awful.  I’m inclined to think it could easily be the former, as long as this is an inclusive event. So I look forward to seeing the line-up.  Ultimately it is better to be positive and no matter what your impression of the last event was (as I said I didn’t go and am neutral but optimistic) at least these people are getting off their bums and organizing something. So Vintage Festival organizers, over to you and all the best!

NB:  I still think people who wear nylon afros, fake moustaches and dumb 20’s headbands should be put in the stocks though….. we could pelt them with jellies for charity?
Posted by RedlegsinSoho at 06:37

"corporate commercial wank fests. " ha ha ha ha. That made me snort. Not attractive. Along with the "FFS" under that NASTY nylon dress.

I've popped a post up about this earlier this week. I for one am also waiting to see what eeks out on the tinterweb with regards to prices, line up, yadda yadda. But as I am only down the road, I shall most probably attend.

I hear you on all counts. The less fake-tashery there is - the better. Stocks are an option - but could we not throw jellyFISH instead of something we could have with ice cream whilst we watch?

Agreed an all counts, my dear. The trouble is how do we banish the Shoreditch shits and the Soho media wets? I predict a sea of cock-wranglers in skinny jeans and silly cardigans poncing about with laptops and poorly maintained beards; much the same crowd as has taken over Mr Ducktail's (who, incidentally, has put his prices up to match his chosen demographic).
I am also baffled as to why the 70s and 80s are to be represented. Much as I'd love to see a great many bands from those decades (I may even ejaculate if The Redskins or The Upstarts were to be announced on the bill), it doesn't really fit with the 'vintage' tag.
However, we shall be in attendance and we hope to have a thoroughly good time.