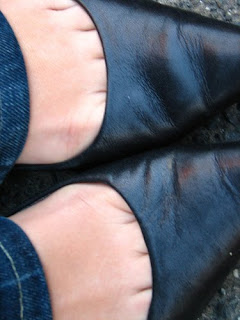 Aaaaarrrrghh!
Things that go ‘Ming’.
I think all of us have things we see that make us go ‘uck!’ The variation in what this may be is entertaining. As an early 80’s Goth, zillions of piercings, brandings, implants, acres of tattoos have never piqued more than a polite interest in me. Tattoos fascinate as art work if they are good, but I’m just as interested in embroidery. Embroidered skin .. I bet someone has done it. I’m also aware, being a historian by education that many of these seemingly radical modifications have been around for a long time. Although I emerged from the 80’s with nothing more than pierced ears I see a tatt or heavy piercing and feel an affinity with its bearer. I am more likely to get on with a body-modified person than not.

There have been some very major shifts in what is perceived as acceptable clothing even during my lifetime. Visible bra straps, bare flesh regardless of figure, hair root-regrowth and indoor- wear as outdoor- wear spring to mind. My gran would have been horrified by all of these. Some changes are laudable, a case of women responding to their own comfort and squaring their appearance with busy lives. Some trends are denounced as ‘chavvy’: orange fake-tans, square ended nail-extensions and big hair. But it is hard to take this attitude seriously when the so-called upper class merely adopt a more polished version of the same look. Fundamentally one should support women’s right to wear what they choose whatever it is, although I draw the line at the Burkha as I not sure choice always applies. But there are things that just set my teeth on edge. I’m going to list them because I am curious to see whether anyone shares my distaste, or am I just truly a mad old reactionary hag?!

Toe cleavage. Looks nasty. Until very recently it was the sign that your shoes did not fit or that you had mutant toes. They look like a little row of, forgive the vulgarity, bottom cracks on your feet. But I think the design is to blame as I note the shoes are often also too big. Massive gaps between the heel and the edge of the shoe, the pedi black hole is another sin I don’t understand. 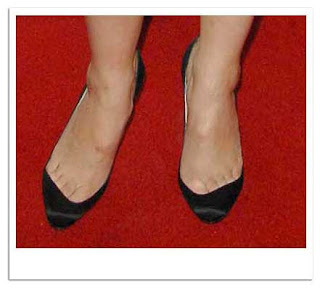 Beautiful, straight, shiny-white US style teeth. Because they dominate the face when someone smiles and it reminds me of the skull beneath the skin. It makes faces look bony and drawn. The whitest thing in a face should be the whites of the eyes, not the bones in our mouths. White teeth are not natural, teeth are a million shades of cream to yellow. Geometrical straightness is Stepford Wife territory. Glistening teeth are only sexy in vampires, and they are far from regular in shape and blood-stained. 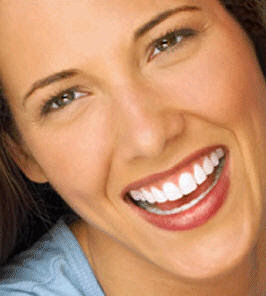 Waist confusion. Not under the bust unless you are pregnant, not halfway down your hip. Same place it has always been. In the middle. 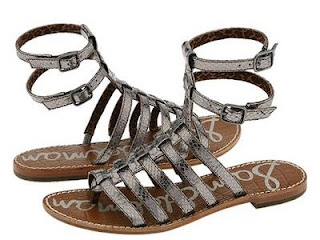 Gladiator Sandals. Recently revealed to be one of men’s most hated items of female attire and for once the beggars are right. There is nothing good about them. They may be fierce, when flat and worn by a big hairy gladiator that is. They make every woman’s legs look dumpy. They are uncomfortable, there is that toe issue again. I suspect they are pushed because they use cheap leather off-cuts and cost nothing to make so they are in addition a rip off.
Padded bras in big sizes. Whats this about? There is no need for the equivalent of cricket pads if you are a D cup upwards. What is it for? I understand trying to get a smooth silhouette under a t-shirt but otherwise I just think it is demented. Sick of luxury lingerie filled with kapok. I don’t need a duvet wrapped around my boobies. Some decent structure without nasty wires would be better, I rate What Katie Did.

Big hair on the thin. Some one has taken a troll doll, put the body through a mangle but left the hair. Looks good on athletic eighties supermodels and Italian Movie stars. Makes Cheryl Cole look like a fly-switch.

Adults dressing like toddlers. All those grown up men in those stooped rubber sandally things wearing baggy bright shorts with twiddle pockets. Their brightly coloured t-shirts with surfer dudey action designs. Walking beside their 2 year olds wearing the same kit. Often accompanied by a middle age spread and thinning hair. Doing themselves no favours.


Beige, caramel, tan, safari all those colours. Supposed to be classic and classy but they are all shades that look like the fabric has been infused with bodily secretions. But I mainly hate them because I look rubbish in them and they are making my attempts to purchase a trench coat more like a search for the Holy Grail. 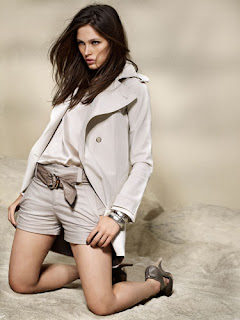 Many things that drive others nuts pass me by, I have no problems with the Vicky Pollard look, ghetto bling, orange skin tones, mutton dressed as lamb. These are at least people dressing up in what they think of as style. I am more annoyed by Mimsy unimaginative middle England dressing, life is short why be dull? But we all have things that push our buttons, clothes I favour do I know irritate or simply bewilder others. I don’t mind if people are amused by a woman with full 40’s up do and a sailor dress but I object when some dullard entirely dressed by Banana Republic stares.
Posted by RedlegsinSoho at 08:10

I am in agreement with you on absolutely all of your examples.

The sight of toe cleavage makes me feel slightly distressed, for reasons that I cannot readily explain. A gap between sock top and trouser bottom on a seated man has a similar effect.

Yes to all, except my view of glads is a bit dependent on the actual glads. And the context; the desert is quite good for these sorts of things.

Yes to all, except my view of glads is a bit dependent on the actual glads. And the context; the desert is quite good for these sorts of things.

Never thought of the toe cleavage, but you are absolutely right. It looks horrid. Thanks for the reminder.

Oh blimmin' heck; I've only just ordered a khaki suit from Old Town (to be worn on the new motorcycle combo), some tan gauntlets and brass and tan goggles! I was hoping to look quite dashing and now I'm told that I may appear to be covered in all manner of secretions and that Tango-faced, lumpen Primarkists are making all the effort.
Pish!

I agree with you on the teeth though. I have to really.

Absolutely brilliant post, Min! I now have to summon Chomers to clean the carpet of the claret stains spurted through the nostril.

Do you not fancy macs in Aquascutum blue?

I am in absolute agreement with everything above, with one thing to add; leggings.

I agree with you on almost all points, bar one; leave the drop-waist be! Fabulous flapper girls and slinky vintage fans who choose the roaring 20s as their preferred era look great in half-way-down-the-hip waists. I agree that under-the-bust waists are highly unflattering, though.

Wonderful blog! I found it while searching on Yahoo News.
Do you have any suggestions on how to get listed in
Yahoo News? I've been trying for a while but I never seem to get there! Many thanks
Also visit my webpage pizza games greenwood

Remarkable! Its in fact awesome article, I have got much clear idea concerning from this
post.
Also see my page: pizza games free download

Hello, i think that i saw you visited my website thus i came to “return the favor”.
I am trying to find things to improve my site!
I suppose its ok to use some of your ideas!!
Feel free to visit my website : pizza games download free

Your style is unique compared to other people I have read stuff from.
Many thanks for posting when you've got the opportunity, Guess I will just bookmark this web site.

Thanks for your personal marvelous posting! I seriously enjoyed
reading it, you are a great author.I will make sure to bookmark your blog and will often come back from now on.
I want to encourage you continue your great job,
have a nice evening!

my page payday lenders not brokers

You must be English if you don't like white teeth.
Also toe cleavage is awesome.
I hate when women are judgemental the way this form here is showing. Shame. Get a hobby.