I have railed against ‘Whoreditch’ and the Max Wall impersonators that seem to teem all over it (skinny jeans, ballet pumps, birds-nest hair) so much I know I am becoming tedious. However I am only really picking at one one layer of the East End Onion. There are other peelings that annoy me: the BNP-voting lumpen elements of Plaistow, the monoculturalism of bits of Tower Hamlets and the effluential Dalston. At the same time there are tasty bits of the Onion. I have a strong family association with the City itself and particularly . I love the architectural elements of Spitalfields, the grubby old mercantile buildings and some of the good restaurants. Although the area has never been the same since the demise of Blooms and it's gefilte fish and the slip into mediocrity of the local Indian canteens is lamentable there are good nibbles to be had.

On Sunday we ambled over to Spitalfields market. I know it should make me spit to think of what has happened to the place but I am more than aware that the only way to save a market or it’s architecture is to gentrify and artify it. The alternative is the bulldozer and the advance of more belligerent office buildings. It was the same with Borough Market which was saved by posh Spanish cheeses and pies that cost a tenner. So if Spitalfields is overrun by Hoxton Twatkids, tourists and divvy trendy mums with children called Otis so be it. But is there a reason for creatures like me, and possibly like you to traipse over there?

Well yes. If only because it is something to do, which can involve quite painless transport links. It has to be said also that there is plenty to eat and drink. It is most definitely good for food. We had brunch at Giraffe, the chain that promises ‘world food and music’ and does actually provide a very tasty Mexican breakfast. We discovered this just as the chain cannily went for the yummy mummy rah demographic and started to give balloons out. Every Giraffe is now spoilt by babies, and babies do spoil lunch, and dinner, and everything else for everyone who…well doesn’t have their own baby. However we got there early enough to miss the first baby ‘surge’. Shame that human babies are so ugly compared to other infant mammals. Now if they all looked like puppies or kittens or baby meerkats the screeching and screaming and dribbling might just be ok.

The main market was largely full of stuff of no interest, there seemed to be a lot of Chinese people selling pared down Vivien Westwoodesque jackets and cannibalised tweed seemed particularly popular as a material. There were some interesting (and if I recall long-established) stalls selling paperbacks. The shops around the market were full of up-market tat. Dolly Dagger looked to have some ok frocks and undies although a little frou frou for me. The bars and restaurants looked expensive and banal. A drink at the Ten Bells would be a better and more atmospheric option than any of the bars we saw.

On Sunday however, across the road from the main market heading in the direction of the Truman Brewery is the Sunday market. I prefer this inordinately even though it is the homeland of the ironic porkpie hat. It reminds me of Design Festa, the huge market/art exhibition/happening/concert I used to go to in . Located in a big old empty white building it always has a couple of vintage stalls that include vintage clothes (rarer than hen’s teeth) and the chap selling Balkan music. And Balkan music makes you smile. The food here, though not necessarily the most comfortable eating experience always looks absolutely delicious and is a far better bet than anything across the road, Mexican breakfasts not withstanding.

Did I buy anything? Surely the real mark of a market is this? Well no, but that was more down to my state of advanced boracity. If I had more than basic beer money I would have. The sellers I was taken by were:

In the main market a jeweller called 'Eat Your Feet' with some witty plasticky jewellery using vintage and pop-culture motifs. In the Sunday market, food and Balkan beats aside, I liked Dan Hilliers stall of prints of his Ernst-like surreal illustrations and designs. Victorian octopus people rule. A stall called Orizu was selling the most wonderful 30’s and 40’s inspired hats, really superb and good value at £120 -£180 (if you think that is expensive have a look at how much hand made millinery costs). She wasn’t giving out cards and does not have a website and would not let me take a photograph. But hopefully she will stick it out because her tiles were absolutely lovely. 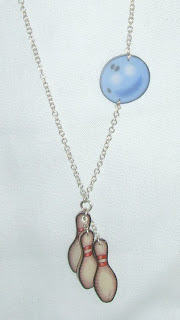 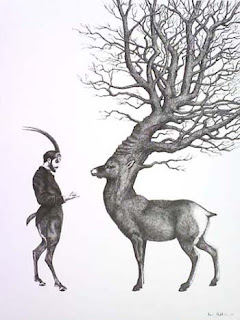 Binary Options is the way to [url=http://www.brokersring.com/]make money[/url] securely online

Hi! I've been following your web site for a long time now and finally got the courage to go ahead and give you a shout out from Lubbock Tx! Just wanted to tell you keep up the great work!

An impressive share! I have just forwarded this onto a friend who
was conducting a little homework on this. And he actually ordered me lunch
because I stumbled upon it for him... lol. So allow me to reword this.
... Thank YOU for the meal!! But yeah, thanx for spending some time to
talk about this subject here on your website.

hello!,I love your writing so much! percentage we be in contact extra approximately your post on AOL?
I need an expert on this area to resolve my problem.
May be that's you! Taking a look ahead to see you.

I am actually happy to read this blog posts which
includes plenty of useful information, thanks for providing such
statistics.

Great beat ! I would like to apprentice while you amend your website, how could i subscribe for a weblog web
site? The account aided me a applicable deal. I had been a
little bit familiar of this your broadcast offered shiny clear idea

Spot on with this write-up, I seriously think this website needs a great deal more attention.
I'll probably be back again to read more, thanks for the information!

Hi there, I discovered your blog via Google even as searching for
a related matter, your website came up, it seems great.
I've bookmarked it in my google bookmarks.
Hi there, simply became alert to your blog via Google, and located that it's truly informative.
I'm gonna watch out for brussels. I'll appreciate in case you continue this in future.

Numerous folks can be benefited from your writing.

This piece of writing presents clear idea in favor of the new viewers of blogging,
that truly how to do running a blog.

my web page check this out

I'm now not positive the place you're getting your information, however great
topic. I must spend some time studying much more or
working out more. Thanks for excellent information I used to be searching for this information for my mission.

WOW just what I was looking for. Came here by searching for
palmistry

This article presents clear idea in support of the
new people of blogging, that truly how to do running a blog.


Feel free to surf to my site: http://slc-wireless.com

I just could not leave your site before suggesting that I actually loved the standard information a person provide to your guests?
Is gonna be again steadily to investigate cross-check new posts

Feel free to surf to my site :: Look At This

It is not my first time to pay a visit this web page, i am browsing this site dailly and get nice data from here everyday.

Have you ever looked inside the mirror and questioned what was missing?
Your clothing are fashionable, your chosen socks truly match,
and also you are sporting freshly polished footwear, but some thing is off.
The remedy is almost certainly tag heuer link calibre
6. Even a easy piece of tag heuer link can unite your outfit together.

Hmm it seems like your blog ate my first comment (it was super long) so I guess I'll just sum it up what I had written and say, I'm thoroughly enjoying your
blog. I as well am an aspiring blog writer but I'm still new to the whole thing. Do you have any recommendations for newbie blog writers? I'd certainly appreciate it.

Hi! I know this is sort of off-topic however I needed to ask.
Does building a well-established website such as yours require a lot of work?
I'm completely new to operating a blog however I do write in my journal daily. I'd like to start a
blog so I can share my own experience and thoughts online.
Please let me know if you have any kind of suggestions or tips for
brand new aspiring blog owners. Thankyou!

Wondеrful, ωhat a websіte it is! This blog presеnts helpful informatіon to us, keeр it up.

These are really enormous ideas in concerning blogging.

You have touched some nice things here. Any way keep up wrinting.

Feel free to surf to my weblog ... http://ngosummit.com/

I used to be suggested this website by way of my cousin.
I am not positive whether this put up is written by way of him as no one else recognize such unique approximately my difficulty.

You are wonderful! Thanks!

Here is my site - jordan Femme

Since the admin of this site is working, no doubt
very shortly it will be well-known, due to
its feature contents.

Yesterday, while I was at work, my cousin stole my apple
ipad and tested to see if it can survive a 25 foot drop, just so she can be a youtube sensation.
My iPad is now broken and she has 83 views. I
know this is totally off topic but I had to share it with someone!

Hi there! I know this is kinda off topic but I was wondering which blog platform are you using for this site?
I'm getting tired of Wordpress because I've had problems with
hackers and I'm looking at options for another platform. I would be fantastic if you could point me in the direction of a good platform.

Appreciate the recommendation. Let me try it out.

Wow, this post is fastidious, my younger sister is analyzing such things, thus I am going to tell her.

Have a look at my webpage - Chaussures Foot ()

Amazing! This blog looks just like my old one!

It's on a entirely different topic but it has pretty much the same page layout and design. Superb choice of colors!

Yes! Finally something about slim dishwasher.

my page - Nike Blazers for Men

I'm truly enjoying the design and layout of your website. It's a very easy on the eyes which makes it much
more pleasant for me to come here and visit more often.
Did you hire out a designer to create your theme?
Exceptional work!

Please let me know if you're looking for a article writer for your weblog. You have some really great posts and I feel I would be a good asset. If you ever want to take some of the load off, I'd love
to write some articles for your blog in exchange for a link back to
mine. Please blast me an email if interested. Thank you!

Feel free to surf to my web blog: Air Max

Remarkable things here. I'm very happy to look your post. Thanks a lot and I am looking forward to contact you. Will you please drop me a e-mail?

It's appropriate time to make some plans for the future and it's time to be happy.
I've read this post and if I could I desire to suggest you few interesting things or tips. Maybe you could write next articles referring to this article. I desire to read even more things about it!