One of my friends uses the tag ‘every day is Halloween’ on her social networking sites and I am with her in wishing it was. I love it, not trick or treating, that was never done here when I was a child but a Halloween party, apple-bobbing and creepy stuff was the high point of my infant year. To be frank I did have a Wednesday Addams kind of personality as a child. My default art subjects as a six year old were Dutch ladies and things spewing blood. I still love Halloween and my heart sinks whenever I get someone moaning about it being an imported foreign money making thing.  I know I am going to have to politely point out the very native British nature of the thing, everything from lanterns to costumes to trick or treating has its origins here. And then there are those dog in the manger types who just moan about everything being commercial and inauthentic as a cover for being miserable gits. Fortunately I notice more adults having fun with the thing and certainly in London there is tons of good stuff going on from huge extravaganza, to the silly to the small.  Halloween suits London, the city is intrinsically sinister.


Last year I posted some ideas for Halloween costumes and was really chuffed to hear a few people had a (very effective) go at them.  In view of the festival’s British origins I thought I might suggest a few  outfits that might be effective and will complement glasses of warm cider and English ales, more Samhain than night of ghouls.


For those who can cope with painting themselves and do not mind smearing themselves over fellow revellers I think dressing as the Green Man/Green Woman would be effective. Actually you might not need to do the whole bright green face thing: perhaps celtic swirls or a few artistic rendered leaves. would suffice .The rest of the outfit just needs to be green, it could be sexy vintage green dress or wench or semi naked (as long as the heating in your venue is good). The essential thing is greenery, cheap artificial ivy from the pound shop or real greenery nicked from your neighbours garden (but watch where you put it, gardeners itch). I may go for it next year as it involves a little effort rather than a great cash outlay.


Continuing the ancient Briton theme how about the ‘Romans go home’ squad? You could start with being a druid. We don’t know what this lot actually wore, the tradition is long robes, a bit of holly or mistletoe and a scythe. I think you could do quite a lot along the toga and exotic jewellery line for this one, so bed sheets and a trick to Primark could set you up nicely. Alternatively you could back-comb your hair, get a bit metallic and paint yourself with blue swirls, girls if you can mock up a silvery bra type thing you could do  even do Boudicca. This is another good cheap option and one that can be sexy, demure or downright fierce. Mind you, bearing in mind the Romans didn’t go home, for quite a long time you could just give in and come as Britannia, plastic roman helmet, shield and more bed sheet creativity.  I suspect one of those cheapo devil's forks you see everywhere right now would double up nicely as a trident.You could be imperious and demand drinks all night…. be careful who you call a subject though.

Moving forward and bearing in mind some people love the excuse to wear a wig, sword, crinoline or bonnet, coming as an Aunt Sally might be fun although you have to remind people in the pub that they are not actually allowed to throw things at you (Aunt Sally is an old game involving a wooden figure). Her face make up is good fun, for those who remember the television series getting your chap to dress up as a scarecrow (and they are seriously creepy) might be a good idea. The bonnets can be bought cheaply, any old long dress will do: it is the make up that matters.

How about coming as Punch and Judy? Judy with her dress, mob cap, big stick and baby would be easy to do and instantly recognisable. Another good sinister fictional character is Miss Haversham with her tattered ancient wedding finery,easy to create with old net curtains from a charity shop and spray cobwebs.   A ships figure head might also be good,you need coiled hair, very static bright make up and the name of a ship painted on a sash and a tight long skirt, I have seen it done and it can look effective. 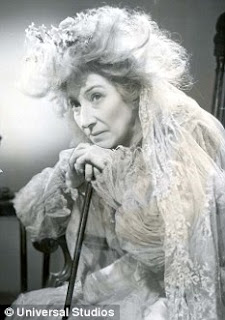 And if anyone out there really has to be a zombie I would suggest that Pride and Prejudice and Zombies be your starting point this year….. 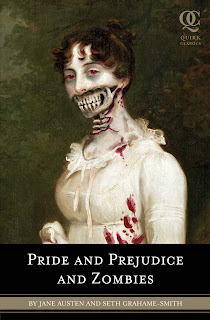 Hallowe'en was my favourite festival as a child..have never become tired of dressing up!... unfortunately it's been a bit spoiled by bad attitudes in recent years. We called it guising, we had to recite a piece and the adults had fun trying to guess who we were...small area, knew everyone....some mischief, but not nasty, from the older ones, nobody minded and a certain amount was expected, it was part of the custom. In older days, carts and horses set up inside byres or gates turned the wrong way, were favourites.
The more evangelical clergy seem to talk a lot of twaddle these days too. Our ministers joined in, their wives always had home baking to give us when we arrived. It was considered bad luck not to have a visit on that night. The old new year, as we called it....Julian calendar...was celebrated too by the same sort of thing, a bit like mumming I suppose, but that has more or less died out now, apart from a very few areas.