For those who aren't British and don't know Brighton, it is a rather remarkable seaside city less than an hour from London by train. It has several remarkable things. One is it's Pavilion, a palace built by George III in Indian style and decorated outrageously and insanely. Please see insane and outrageous photograph below. 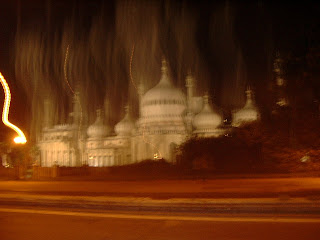 Yes, Red legs had been drinking and it was late when this was taken! 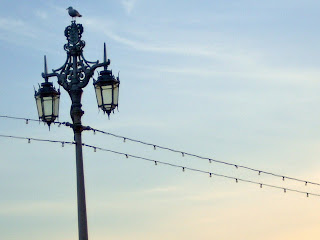 The place is a grand mish mash of Georgian and Victorian flamboyance. For example this ornate seagull perch.

It has a wonderful pier, the place is set up for family fun but also very louche. The presence of a large gay community ensures a liberal tolerant attitude. Pride is a good time to go straight, gay or whatever (and I know a lot of whatevers). 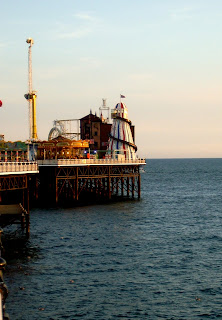 There was another pier but it burned down, piers have a habit of spontaneously combusting under mysterious circumstances. 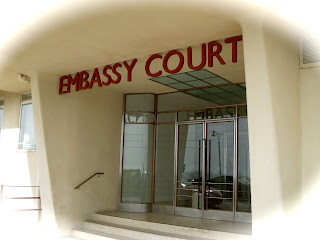 There are a few good deco buildings but the Luftwaffe didn't destroy Brighton so it is mainly 19th century. 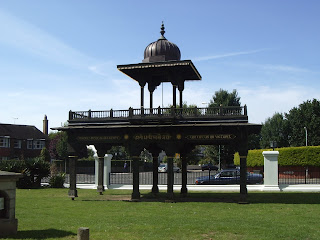 Don't know why this is outside Hove Museum but I liked it.... 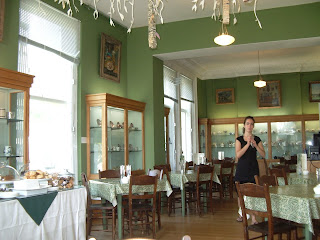 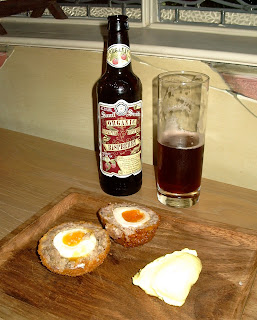 Although in reality this is Red legs idea of afternoon tea, a scotch egg, a bottle of Samuel Smiths Raspberry fruit beer and some curry mayonnaise. 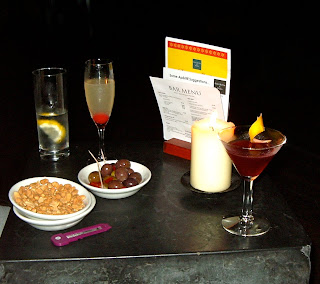 And this is Redlegs idea of a night cap(at the Hotel du Vin). 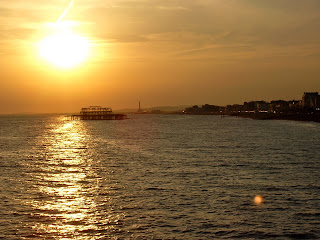 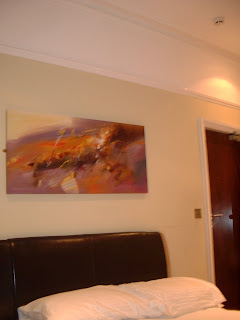 Room in the Beach Pad, highly recommended for location, cleanliness, simple clean stylish decor and not putting up with crap from noisy holiday makers. Also you have your breakfast in neighbouring cheerful cafe, much better than dire silence in someones basement dining room!
Posted by RedlegsinSoho at 12:12

I do love Brighton, and you just made me remember why! I also love it for it's glut of veggie restaurants, it's amazing for me to actually have a great choice of dining venue and along with dinner options!