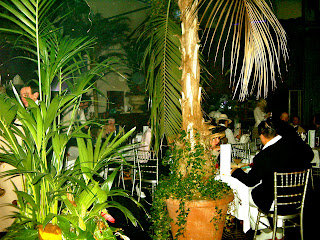 I suspect that many of those reading this will know of the New Sheridan Club. It is an offshoot of an offshoot of that splendid magazine The Chap (although not officially affiliated, the NSC doesn’t really do official). They hold monthly meetings in Fitzrovia upstairs in the Wheatsheaf. These usually include a small talk or show or presentation encompassing a frankly bewildering range of subjects. Yours truly once gave a talk on typewriters cunningly disguised as a discourse on vampires. It is quite a blokey version of vintageyness. Be prepared for blathering on about cricket and other entirely tedious gentlemanly pursuits. However the reactionary wannabe an aristo type of pseudo doesn’t really fit in here, but the profoundly eccentric or simply cheerful type does.

The Committee themselves, an entirely voluntary foursome set the tone: the Chairman, whom I, ahem know rather well is a furry charmball who tempers his cleverness with, well, light inebriation. Artemis the Louche Librarian, quipper and afficianado of rather severe uniforms. Mr Clayton Hartley whose expression of bemused dapperness hides a handiness with both saucepan and bass guitar (although thankfully not at once) and the other Chairman, a gentleman who combines dressing his infant daughter up in a series of bizarre hats with running an imaginary rowing club. 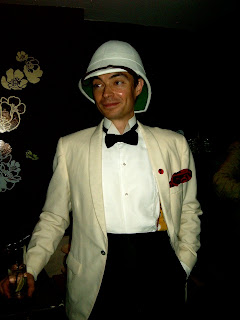 The club which has about 300 members across the globe has an influence in vintage circles as pernicious as the illuminati. The dominate the Chap Olympiad, can be seen faffing around at most retro events (or more likely propping up the bar) but their most natural environment is the NSC party. An event that descends upon twice a year. The Christmas ones are distinctly lacking in yuletide references, 2008’s ‘Kredit Krunk Kabaret’ was followed by last years superb ‘Yes we can can’ do. A couple of weeks ago saw this year’s Summer event, of which this post is supposed to be a review.

The Far Pavilions Party was held this year at the Salon D’Ete, a pop up club near Selfridges set up by NSC members Ed Saperia , and with chef Will Sprunt (also a club member). Prominently featuring lots of greenery and with a glass roof it has the air of a colonial café circa 1890. Thus the theme. This was interpreted very widely by the attendees. One of the strengths of these parties is that people do go for it, although the NSC member tends to be the kind of person that has fly whisks, pith helmets and silk kimonos in their wardrobes. We had lots of khaki and the British raj, but also elements of and the Orient. 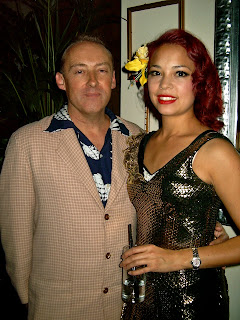 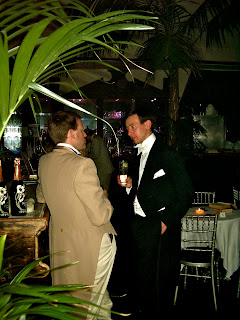 Plotting under the palms.. 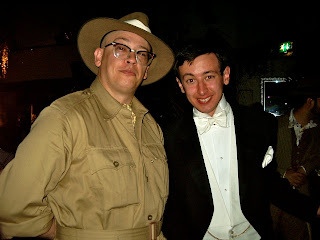 Torquil Arbuthnot manned the door, looking frankly rather seedy in a Last Man in Africa Foreign Correspondent gone to pot way. MC Fruity manned the shellac playing hits from the 30’s and 40’s. There were at various points during the event, outbreaks of lindy hopping, jiving and a large amount of maniacal . 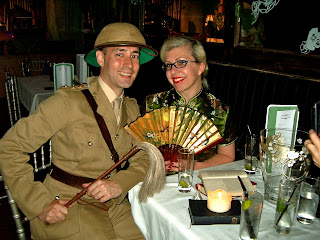 This is what you get when you play music people actually want to dance to. Live music was also provided by one half of Twin and Tonic and her band.

One of the unique elements is that NSC parties have games, cheese rolling, pinning the moustache on Poirot, Tiger Hunting and my personal favourite so far ‘shoot the capitalist’. This years games included balloon shaving and poppadom shooting, an interesting indoor variation clay pigeon shooting. 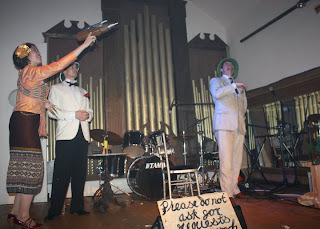 The committee had cleverly obtained some ‘subsidised gin’, which softened the shock of the usual bar prices (usual for that is) along with free white absinthe from the absinthe ‘fairy’. Some of those who indulged in the latter reported the next day that they did indeed feel as if they had spent the night in a fairy ring: having their head walloped with a big stick.

It was a good atmospheric night and I have few criticisms. Letting in non NSC members or friends was not perhaps the best idea, some were really annoying but fortunately they were outnumbered. This also watered down the usual feeling of clubby repartee and membership. It did feel a bit more like a club night than a party. But as a change it was a good evening and vastly superior to most of its competition. Congratulations to the organisers and to the attendees! 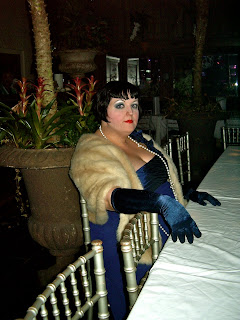 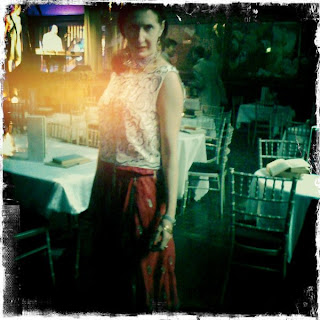 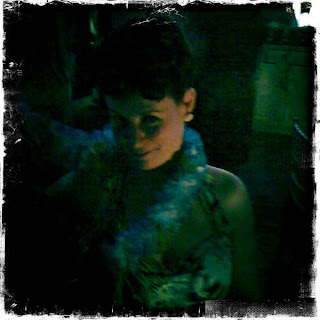 Binary Options is the way to [url=http://www.brokersring.com/]make money[/url] securely online