The season for weddings approaches, men continue to propose and it has been a leap year to boot. I recently helped at a wedding fair and it occurred to me that the whole business of this matrimonial event, and I mean business, has not grown any easier over the decades. I have been to dozens of weddings and over the years a few things have become clear, to me at least and I thought I would throw them on to paper. This comes with the caveat that these are MY thoughts and if I offend any burgeoning bridezillas out there by being less than flattering about one of their cherished matrimonial elements it is just my personal opinion; we all, happily, have the right to them! So here goes:
Don’t be a bridezilla, the day goes in a trice, three weeks later it will just be another party albeit hopefully one with good memories. Anthropologically speaking it is a rite of passage, and culturally speaking it is there as a public announcement of commitment. Once you have signed the papers and made your public legal vow you could mark this event by standing and screaming “we are married!” in your local high street outside Poundland.  It would basically be no less meaningful than having 500 friends in a marquee and releasing doves. You will probably not even really register all the elements you may have spent hours stressing over on the day itself. Unless the arrangements go wrong, or you don’t get exactly what you want. Perversely this will stick with you FOREVER and every time you look at your wedding photographs the fact that the roses in the bouquet were baby pink instead of dusty pink will be recalled. So the best idea is to make your choices but realise that ultimately the small things don’t matter much.
On the other hand there are certain things which, unless you are a specialist or totally in love with the idea of DIY that should be avoided. Brides should not do their own hair and nails or arrange all the table decorations or sort things out on the day because a) everyone wants a piece of you b) you don’t have enough time to talk to everyone as it is c) chaos reigns d) something or someone will play up and e) wedding day minutes and hours are accelerated to warp drive. This is why the bride should choose her bridesmaids as they need to be either calming, entertaining or capable. There is no space for dead wood, flower girls excepted. But they do have to be little so that if they demand to go to the loo loudly during the actual thing it is actually cute. Delegate, delegate, delegate.
The reception or party is a modern version of a traditional feast. Not a performance; that happens in the church/temple/mosque/venue. You have to feed your guests and if applicable, provide plenty of alcohol. This is more important than the bride’s dress, the venue and the honeymoon. It doesn’t matter if it a silver-served meal, a buffet or indeed sausages and mash as long as there is lots of it. And drinks should be free with the food but no need to spend a fortune. Personally I’d rather have lots of decent cheap cava than one measly glass of a pricey champagne. There is nothing wrong with cash bars in the evening. But to be frank if you can’t afford to feed guests, hire a church hall and get your family to cater. It really pisses me off if I end up with a few canapés, some scones and a 3 glasses of wine whilst the bride swans around in a Vera Wang dress.
I hate the phrase ‘cookie-cutter’ wedding. This is because it infers that there is something wrong with the straightforward traditional approach. This is there to help people and provide a base on which to hang the kind of planning that most people have no experience of. Instead there is this stress on making it unique, memorable and different. The sodding fact is that every wedding is different because the couple getting married, their families and friends are different. If you want your guests to dress up as Klingons fine, but if you just want a straight forward wedding, also fine. I can honestly say that I have been to both quirky and classic weddings and neither is more memorable than the other in the long run. People should do what they flipping want to, as long as they are feeding their guests (you can see I feel strongly about this..).
This leads me on to so called Vintage-inspired weddings, or rather what it means to the media. It is a peculiar idea really as most wedding traditions were formed during the Victorian era you could say that all weddings are antique.  I do love the idea of fifties fans having weddings in bingo halls, or the idea of slap up meals in deco dining rooms, or elegant evening weddings in black tie with a band, or Glenn Miller swing dancing soirees in village halls. The permutations are endless. But what does seem tiresome is the habit of rather rich entitled young people enjoying the modern equivalent of Marie Antoinette dressing up as a shepherdess. Distressed everything, everything from ‘artisan’ (code for bloomin’ overpriced) providers and artful little posies of wild flowers; all expensive in that Petersham Nurseries way. The vintage wedding ensemble is some floaty seventies number, they drive off in an old Morris Traveller and the bridesmaids all have hair in sloppy round big vintage rolls. They get a ‘vintage’ dj in, who isn’t and the groom wears skinny jeans and a faux Edwardian style waistcoat. Fackin’ ell, there are even a couple of vintage mags that peddle this nonsense as the avatar of a ‘vintage’ wedding day. 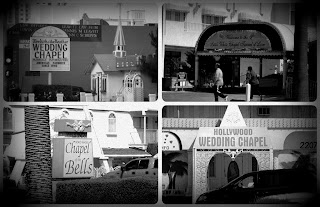 'What a lot of old coddlers!' Vintage eggs anyone?

The full English breakfast is in my opinion the king of breakfasts. The Americans ruin theirs with maple syrup, pancakes and dodgy bacon, Chinese dim sum is really lunch, the continental breakfast is dull and the Japanese breakfast is vile. Having nailed my colours to the wall I must admit that an English breakfast, designed as it was to fuel an industrial revolution and an empire is a bit too heavy for lazy types like me.
The non-negotiable element of the English breakfast is the egg, eggs are the perfect breakfast food, light, nutritious and yet they fill you up until midday. One of the nicest ways to cook an egg is to coddle it, this can be done in any container, just add egg, place in steaming water and cover. But a china egg coddler is so much nicer. One of my recent Crystal Palace charity shop bargains was one of these. Brand new it cost me £2.00. I subsequently amused myself by asking everyone I met what it was? The answers were mainly sugar dish, jam pot and face cream holder. All sensible. Only one lady knew, she looked at me as if I was a gibbering idiot and retorted that it was an egg coddler, of course! She was also the only older lady I asked. Egg coddlers stopped being widely used in the 1960’s.
Here is a picture of the one I bought. You place your egg in it, pop the lid on, and cook in steamed water for as long as suits your preferences. You then eat from the delicate pot with a spoon as you do with a boiled egg. The difference is that you can add things to the egg: cheese, spinach, onions, ham, the options are endless. See the Vintage Patisserie Vintage Tea Party book or look on the interweb for recipes. And if you see one nestling amongst the cracked tea pots or chipped plates in a charity shop, pick it up. I think a china egg coddler filled with chocolates would be an excellent alternative to the traditional Easter egg. xx
Posted by RedlegsinSoho at 06:52 9 comments: