Udderbelly Southbank Festival: fun and frolics under the cow

Once ‘the’ wedding is done with the centre of attention in London this year is definitely going to be on the South Bank. It is the 50th anniversary of the Festival of Britain. The Vintage at Goodwood people are decamping there at some point and I have no idea what that will be like (so far expensive is the only thing that comes to mind). If however, you are heading in that direction a more guaranteed source of glee and entertainment will also have arrived: The Udderbelly Festival at the Southbank.  If that sounds like a rum name for a festival the venue itself, a large upside-down purple cow tent, may seem even more preposterous but that’s what it is. Personally I like cows and the surreality of the venue is reflected by an impressive range of acts: it appears that the organisers have cherry picked the best available comedy, cabaret and all purpose performing stuff out there.  From the touristic point of view it is also right beside an iconic view, some love/hate architecture and some blooming good pubs.  And you don’t have to camp, or put up with wellied idiots to enjoy this festival. I know a few people who read this blog do so because they are coming to London and this would be a good way to while away an evening here.
There is plenty to appeal to the retrocentric, those delightful coves The Fitzrovia Radio Hour are there for example as is the ‘Flanders and Swann: At the drop of a hippopotamus.’ show on June 4th. What is also striking is the breadth of performers and types of show. Howard Marks, Michael Morpurgo, Barry Cryer, Issy Suttie, Richard Herring and Paul Daniels all under the same .. erm.. belly.
My particular tips would be Spymonkey, I saw this lot perform a few years back in a performance called ‘Cooped’ which was very good. I have never forgotten the radio controlled pheasants that featured in that production, my urge to own a radio controlled pheasant has never abated. Their performance at Udderbelly this time is called ‘Spymonkey’s Love In’.  Anyone who is a fan of clever physical acting and imaginative staging should grab the chance to see them. Frisky and Mannish are also appearing and are a duo whom like Ophelia Bitz or Dusty Limits or the Double RR club are at the vanguard of proper challenging funny if sometimes uncomfortable cabaret. These count as Redleg’s ‘top tips ‘.
It seems right for a location that was once famous for bawdy variety and sly comedians should be hosting a good range of off the piste taking the piss comedy.   Events that appear to me to be perfectly in keeping with the bohemian entertaining ‘up-yours’ nature of the Vauxhall , Kennington, Waterloo side of the river include ‘Ida Barr’s Royal Flush Bingo Party’  and the ‘ Alternative Royal Wedding Reception’ may well be the only place (apart from the Palace) to be on the evening of the 29th April.  Later on in May the 'Time Out Alternative Eurovision Song Contest' is on.
Last but not least these performances are very good value costing between £10.00 - £20.00 per pop for a performance in a smallish venue in central London, I doubt you’ll find the same elsewhere of the same quality. I think tickets may sell quite quickly once word gets out so I’d get in there quickly.
Tickets can be booked from here:  http://www.underbelly.co.uk/webpages/southbank/booking.php
Festival Website is here: http://www.underbelly.co.uk/main.php

A can of worms...vintage survey part 4.

I suddenly realised that asking people for their antithesis of vintage style was risky as soon as I started getting responses but at the same time the answers were revealing, many thanks to those who contributed.
The responses fell into distinct camps: 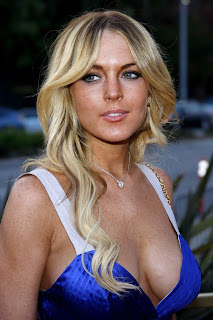 The first featured quite predictably the trashier end of feminine celebrity, these were largely British (perhaps we just do ‘slapper’ better?) and included in great numbers Katie Price/Jordan, Kerry Katona and Cheryl Cole. Not that there were not American suggestions but these seemed, to my London centric eyes, to be more up-market: Paris Hilton, Lady GaGa any Kardashian and Lindsay Lohan.  I did wonder however how much of this stems as much from their behaviour as their looks? The American contingent, to my European eyes are not particulary anti-vintage. Taking drugs, having multi sexual affairs, ignoring social norms and making a fuss are all highly twenties and thirties. There is no particular morality to the multiplicity of vintage scenes. I have seen Paris and Lady GaGa look elegant although it is a rarity. Our British girls do however seem to get it wrong entirely and I must admit that Cheryl Cole would be high on my own personal list.  On the other hand often the tanned, plucked and extensioned ladies are at least paying attention to their grooming (does vajazzling count?). I'm a tad reticent to be completely damning, perhaps in 80 years theirs will be vintage style and elegance?

‘I have no idea, probably some footballer's wife that I don't read about in the "popular" media, or that terrible "Jordan" creature.’
‘Wearing only what is "in season" and jeans (so many people seem to wear jeans) no problem with them as such I just wouldn't want to wear a "uniform" out of choice.’

‘Not Wags or even gypsies, for they put as much effort in as we do! The barely madeup, wash and go with bird's nest hair school of 'fashion', where you spend a fortune on a bland, unimaginative, boring outfit.’
The second selection was of people who are actually held up as style icons and mercilessly foisted at us by the fashion press as examples of style.  Fashion bloggers, Hoxtonites, Alexa Chung, Pixie and Peaches Geldof, the Olsen twins and so forth. I was disappointed that only one person nominated Kate Moss.  Here the issue really is about style, plus corporate interference, mass marketing and a certain lack of character. There's just a big nothing in the way they look. In comparison the Cheryl Cole's and Lindsey Lohans start to look glossy and collected.


‘It seems hypocritical, but I think many of the modern hipster girls who obsess over vintage-via-Urban Outfitters clothes for the trendiness and novelty of it are the antithesis of vintage. I know this sounds judgmental, and honestly, many of my friends are very sweet girls who match that description (or at least aspire to); but it irks me to no end to see girls with no poise and no idea about history and the context of the fashions they so wantonly ape. I guess I would cite Zooey Deschanel as the poster child of this type: nauseatingly cutesy, but really just the vapid product of some marketing team.’
‘Any of the high street commercial bigwigs - producing cheap, mass-market items designed to be in fashion for approximately two days and fall apart after five washes. There's no lasting style, design or beauty there. That style ethos is about being a clothes hanger for fashion, not about the man or woman inside the clothes, and flattering their form.’
‘Any of those awful hipster kids that will say something like "it has a vintage essence", even though it looks like something an East German border guard might wear.’
‘Reflex reaction is to type something along the lines of those ghastly Beckham creatures, or Katie Price. A more obtuse part of me thinks Wayne Hemmingway, though. Or the Geldoff girls / whatever other society poppet turns up this week claiming they've gone "vintage" because Vogue / Time Out / whatever told them to.’
‘Anyone who thinks that the fashion from the 1980s is a 'vintage style'
So far I have been dwelling on feminine examples but the chaps who answered came up with a more diverse bunch but there were definite winners: Russell Brand, David Cameron and Simon Cowell step forward. Gary Glitter and Gok Wan take a bow. There were surprises, someone nominated Humphrey Bogart, another Grayson Perry. I liked these latter nominations, Bogart has his admirers as an actor and Perry is a fine artist. Perhaps we ladies have tended to be more inspired by dislike than a dispassionate assessment of style. Which brings me on to my last camps: the vintage backlash and the downright bitchy.


‘Adam, William Blake, me’
‘"creatives", 30/40/50 year olds dressed as teenagers’
‘George Clooney (in a positive way) is thoroughly modern. He is relaxed, classic, minimalist and contemporary.’
‘MTV's ridiculous hip hop fashion.’
‘T4, baggybums, the High Street’
‘The antithesis of vintage style cannot be encapsulated in a singular person - anyone with the means but not the inclination to dress in a tasteful manner, with concessions to cleanliness and propriety.’
The vintage backlash is perhaps reflected by the number of people who suggested Dita von Teese, Betty Page, Bernie Dexter and Paloma Faith as vintage no no’s. Although I am not Dita’s biggest fan she does always look lovely, Betty Page is surely an icon and whilst Paloma is quirky she has been a vintage inspired woman for a very long time and they seem really really peculiar choices. I Are people sick of these ladies being held up as exemplars? Or is it they fact they are louche? I sometimes sense there is a prim, purist, domestic, prissy vs sassy, sexy, eccentric wayward battle going on out there.

Following on from this was the suggestions of people who are making a living or have high profiles through their vintage activities. I don’t mind being nominated by one soul, I make no claims to vintage stylishness, in fact I usually look like I have been dragged through a hedge backwards, I'm just interested. But there seemed to be an envy/resentful/bitchy element out there directed at some rather blameless souls and that’s why at the beginning of this I said maybe I shouldn’t have included the question. On the other hand I suppose we all need to vent but c'mon, no reason for nasty trollish internetitus!

Personally I think anyone who makes an effort or is interesting or pleasant is fine and I enjoy seeing people enjoy their enthusiasm. I have my own bias (loathe East London style and think vintage stops at the sixties) but I'm aware of my little prejudices.

But what defines all of us is our own love of the styles, sounds and designs of the past. It is just a difference in how we display it. It may be that some people are posessive, they don't like to see things in the mainstream. I could be like that myself, I may have had an interest in the 30's and 40's for far longer than most of the people reading this but it provides no superiority. Some of the replies indicate that many of us are also as easy going.
‘My friends!’
‘I don't think that there is such a person.’
‘I don't have anyone. Anyone who embraces the vintage theme has to be positive - right?’
‘No one?!’
‘Tilda Swinton. And I love her.’
Throughout this post I have included quotes from the survey. Anonymous of course, if anyone want theirs withdrawn let me know. Also what do you think? Are we as bad as everyone else, is damning someone for their appearance fair or is it a way of demonstrating an independence from the herd? Or are the people in the vintage community, if it exists, just as bad? Please comment! pip pip, Redlegs. xx
Posted by RedlegsinSoho at 06:54 16 comments: